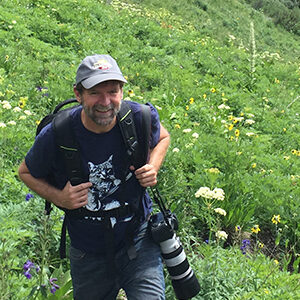 Ken Bouley is Senior Director of software development at the analytics company, Fair, Isaac Corporation (FICO), where he has worked since 1996, as a developer, product manager, and software architect. He holds a BS in Business Administration with a concentration in computer information systems from Bryant University, in Rhode Island. He moved to San Francisco in 1992 and bought a home in Inverness in 2010. Ken travels, builds furniture, and indulges his love for nature through hiking and wildlife photography. He and his wife, Kelli, split their time between Inverness and Telluride, Colorado. 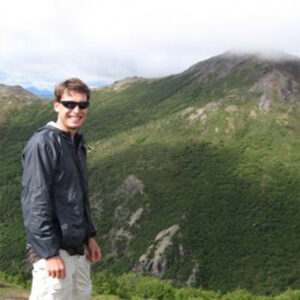 Preston holds a B.S. in Natural Resources Management from Colorado State University. Before joining SPAWN, Preston worked as an ecologist with the Mid-peninsula Regional Open Space District where his work focused on vegetation ecology and habitat mapping. Preston lives in Sonoma County with his wife, cat, and many houseplants. 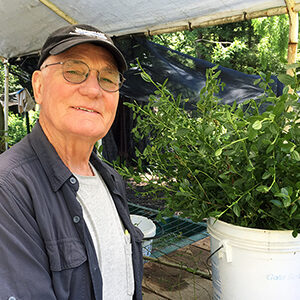 Mel Wright grew up in the foothills of the Sierras next to the Kings and San Joaquin River watersheds, early on developing a love and sensitivity towards the natural environment. He is a longtime Woodacre resident, moving there in 1972. Upon retiring from teaching and civil service in 2006, he immediately went to work for the Salmon Protection And Watershed Network (SPAWN), a project of the Turtle Island Restoration Network. For nearly a decade he served as the SPAWN Native Plant Nursery volunteer manager, assisting interns and other volunteers in propagating and growing native plants purposed to protect and restore riparian forests throughout the Lagunitas and nearby watersheds.

He is also co-founder of Broom Service, a local group of volunteers dedicated to clearing invasive plants that threaten biodiversity and increased fire danger. He has been active with the San Geronimo Planning Group and occasionally testifies at public hearings on issues of environmental protection and equity. Along the way, Mel has earned some public recognition as the SPAWN volunteer of the year (2007), The Edie Robinson Community Service Award (2016), and along with his partners at Broom Service, the Marin County Parks Integrated Pest Management Commission Annual Award for 2018. 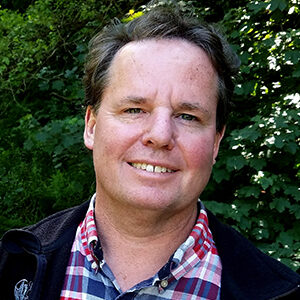 René Voss is a natural resources attorney who works to protect our National Forests, wildlife, and wild lands from harmful development. Although he has a degree in Electrical Engineering, he switched to working on environmental issues in 1994 as the Campaign Director for Georgia ForestWatch. There, he helped protect the remaining roadless wildlands of the Chattahoochee National Forest and helped stop most new logging on that forest. He then moved to Washington, D.C., to work for the John Muir Project of Earth Island Institute to advocate for ending commercial logging of our National Forest.

He is a life member and long-time Sierra Club leader, and was elected to the Sierra Club Board of Directors in 1999, serving one term. In D.C. while continuing his work he studied law, and in 2008 passed the California Bar Exam. In 2009, he and his wife Linda and their son Nathanael moved to San Anselmo. From there, René runs his solo public interest natural resources law practice to help various non-profit clients, although he spends most of his time working to defend the Sequoia National Forest and Giant Sequoia National Monument from government mismanagement. He loves backpacking in the Sierras and has hiked most of the trails in the vast public lands in Marin where he tries to lose himself as often as he can. He serves on the board of the Wilderness Watch and is a member of the Town of San Anselmo’s Open Space Commission. 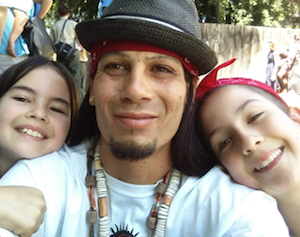 Jason Deschler is a TAMALKO (Coast Miwok of Marin) of the HUKUIKO band from the villages of ETCHA-KOLUM (Tomales Bay) and ETCHA TAMAL (Nicasio) with ancestral ties to Bodega Bay and Petaluma. He is an active member in cultural traditions as well as an ally for neighboring tribes as a preservation officer and project advisor spanning cultural preservation and environmentally sensitive areas (ESA boundaries) with the help from the departments of anthropology of University of California, Berkeley and California State University, Fresno. 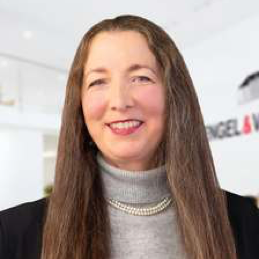 Michelle is also a member of a local planning group’s steering committee, the Healthy Community Collaborative, and a local Valley Emergency Readiness Group as shelter manager.

When not busy working or volunteering, she loves enjoying all of the beauty, healthy lifestyle and opportunities offered in the San Francisco Bay Area. 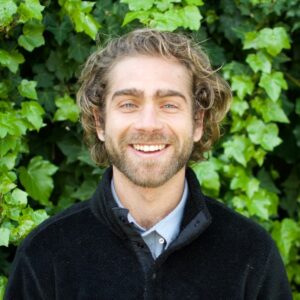 Scott Webb is the Advocacy and Policy Director for Turtle Island Restoration Network and its local arm, the Salmon Protection & Watershed Network. He leads campaigns ensuring stronger protections for oceans and watersheds. Growing up near the Northern California Coast, Scott fell in love with all things water at a young age. Pursuing his interests, he completed a B.S. in Hydrologic Sciences and Policy at UC Santa Barbara. During that time, he enjoyed working with the Surfrider Foundation, Goleta Water District, and Point Reyes National Seashore Association, furthering his passion for protecting our coasts and rivers. Prior to his time at Turtle Island, Scott worked in the non-profit environmental space, focusing on providing equitable access to clean water in developing nations. During the 2020 campaign cycle, he leaped into electoral politics, eventually leading him to manage organizing efforts for a congressional campaign in Arizona. When not at the office, you can find Scott surfing, trail running, playing music, or at Giants games. 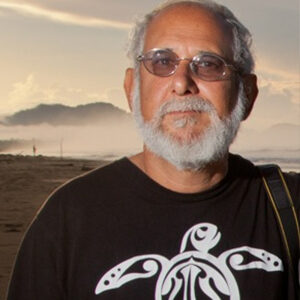 Todd Steiner is the founder and executive director of Turtle Island Restoration Network (TIRN), a 30-year old environmental organization that works to protect endangered marine species around the world and endangered salmon in California. He holds a M.S. in Ecology and a B.S. in Nature Conservation and Interpretation. 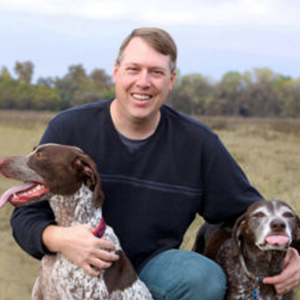 Scott Artis is the managing director of Turtle Island Restoration Network, a leading advocate for the world’s oceans, marine wildlife and watersheds, and founder and executive director of Urban Bird Foundation, which advocates for and preserves urban and suburban bird populations and habitats. He holds an M.S in Environmental Science with a Concentration in Sustainable Development & Policy, a B.S. in Micro & Molecular Biology, a B.S in Fisheries and Wildlife Science, and a Master’s certificate in Environmental Resource Management. 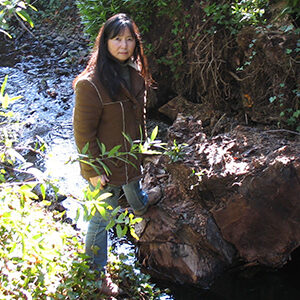 Gail Seymour is an environmental scientist who has worked since 1975 on natural resource conservation. She worked for the California Energy Commission in the 1990s in Research and Development of alternative fuel vehicles for energy security and greenhouse gas emission reduction; the North Coast Regional Water Quality Control Board developing water quality objectives for salmon and steelhead; and most recently, for the California Department of Fish and Wildlife as Senior Environmental Supervisor for Watershed Restoration and the Fisheries Restoration Grant Program in the nine county San Francisco Bay Area. She retired from State government service in 2018. She holds a B.S. in Environmental Studies/Ecology. Gail serves on the Board of the Sonoma County Japanese American Citizen’s League (SCJACL) as the civil rights representative, advocating for all people who are victimized by injustice and bigotry. Through her work she is connected to POC, LGBTQIA, Jewish, Muslim, and Immigrant communities.

In 2010, Gail received a Resolution commending her watershed restoration work from CA Assemblyman Jared Huffman. She received the 2017 Lifetime Achievement Award from the Salmonid Restoration Federation and the 2017 Ted Wellman Water Award from the Marin Conservation League. 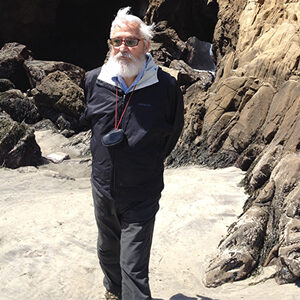 Bob Johnston is Professor Emeritus, Department of Environmental Science and Policy, University of California, Davis. He earned a BA in Art History/Architecture from Dartmouth, a Master of Planning from USC, and a Master of Science from the University of Nevada at Reno. Bob served on the Truckee Planning Commission from 2004 to 2010. Bob taught environmental impact assessment and land use planning courses for 34 years. He has critiqued regional transportation plans all over the U.S. Bob was a member of citizens groups in Davis that got two major initiatives passed to stop a road widening and to expand the downtown park. 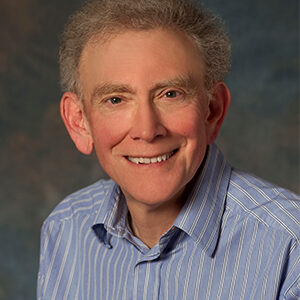 In 2011, he was named the California Natural Resources Agency deputy secretary for the Bay Delta Conservation Plan and charged with restoring the Bay-Delta ecosystem and creating water supply reliability for California. Meral left that position in late 2013.

One of the best-known speakers on water and other environmental issues in California, he has spoken to the Association of California Water Agencies, the Sierra Club, universities, business meetings, and many other venues. He engages his audience, relates his subject to them, and uses humor to make his points. 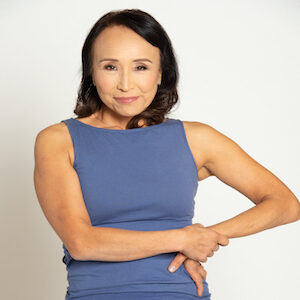 Recognized by the United Nations as a ‘Vegan Revolutionary’ in its ‘The Future of Women’ global initiative, Miyoko Schinner, Founder & CEO of Miyoko’s Creamery, is an epicurean activist who is leading the creation of the animal-free, plant dairy food system. Through an innovative proprietary process that merges culinary arts and food science, Schinner has cracked the code in making fermented cheese and cultured butter from plants that rival animal dairy counterparts on compassion taste & nutrition at a world-changing scale. Miyoko’s Creamery products can be found at over 19,000 stores in the US, and are distributed in Canada, South Africa, Australia and Singapore. The pioneer of the plant-based cheese revolution, Schinner is a passionate culinarian, former restaurateur, best-selling cookbook author. Miyoko has dedicated her life to inspiring compassion through the joy of food and the positivity plants and is the co-founder of Rancho Compasión, a farmed animal sanctuary in California that provides a home to over 120 rescued farm animals. 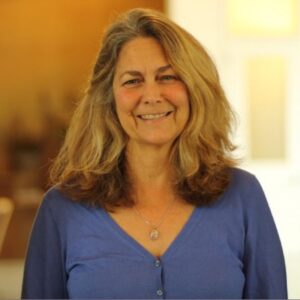 Sharon has worked with both natural resource governmental and non-governmental organization since 1981. During this time she worked as the legislative director for the California Coastal Conservancy and the Planning and Conservation League. She co-founded the Mountain Lion Foundation in 1986, co-founded the Wild Felid Research and Management Association in 2007, and served the Grizzly Bear Outreach Project as co-director in 2009–2011 and project advisor in 2012.

Some of her passions include working with ecologists, organizations, and agencies to bridge good science with conservation and implement innovative solutions to large carnivore issues. With that goal in mind, Sharon founded and directs WildFutures where she continues to provide consultation to a wide array of regional, state, national, and international wildlife organizations. In addition to her wildlife work, Sharon provides capacity building programs to 79 environmental organizations and their leaders. She has a B.S. in Environmental Policy and Planning from the University of California, Davis. 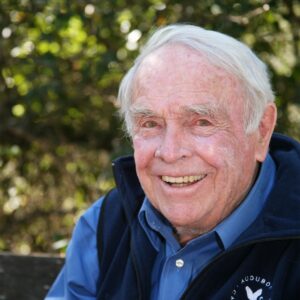 L. Martin Griffin, M.D. helped save the Marin and Sonoma County coasts from development, along with the Russian River, by preventing the building of a coastal four-lane freeway and a coastal aqueduct from the Russian River. He was instrumental in creating the Audubon Canyon Ranch (1961), the gateway to the 71,000-acre Point Reyes National Seashore (1962) and the Golden Gate National Recreation Area (1972). In 1998 he wrote the awarding-winning book, Saving the Marin-Sonoma Coast, the inspiration for the KRCB movie, Rebels With a Cause. At age 102, Marty continues to tirelessly fight for the environment and public health.